THIRUVANANTHAPURAM:   The recent decision of the Union government to extend e-Tourist Visa (e-TV) to 37 more countries is attracting more foreign tourists to the country. The move will help the country to be in the radar when vacationers scout for last-minute destinations.

The number of gateways to the country has been increased from nine, including Thiruvananthapuram and Kochi international airports, to 16. However, the Kozhikode airport has missed the bus.

“The e-TV facility is getting popular. In the past three months, around 2,000 to 2,500 foreign tourists visited the country every month,” a top official of the Foreigner Regional Registration Office (FRRO) in Thiruvananthapuram told The Hindu . Adequate safeguards had been put in place by the FRRO in view of liberalisation of the facility.

The payment gateway has been simplified. With the inclusion of 37 countries, the number of countries under the scheme has gone up to 150. “It is a big help for vacationers who decide to fly down to India,” says ATTOI president Anish Kumar P.K. The decision to increase the number of airports which can issue e-TV will help tourists land in an airport close to their destination rather than move from major airports and metros.

Only international travellers visiting the country for recreation, sight-seeing, to meet friends or relatives, short-duration medical treatment, or on casual business are eligible for e-TV.

The passport of the visitors should have at least six months validity from the date of arrival in the country. 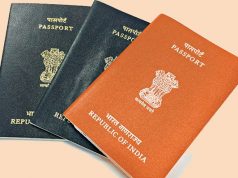 UK students on charity trip to India sent home due to...