For the well-heeled traveller, Club Med hardly needs an introduction. The originally French holiday resort company, which started in 1950, revolutionised the concept of all inclusive holiday getaways where the resorts were effectively a destination in themselves. And proved to be extremely popular for the affordable holiday segment over its 65-year old history. Club Med seeks to double the number of Indians to its all inclusive resorts this year, says Manoj K Upadhyay, Head, Sales, Club Med in an interview with Suman Tarafdar.

What are the major challenges facing Club Med in India?
For most Indians, Club Med has largely remained a mystery. There is a lack of awareness of the brand. People often confuse it be a time share holiday, which it is not. The presence of the similarly named Club Mahindra, which is a time share holiday brand, has not helped!

When did Club Med begin operations in India?
Club Med set up a sales office in India in 2008.

What is India’s share in Club Med visitor numbers currently?
Even though Club Med has 80 resorts all over the world, and is one of the largest hospitality companies in the world, topping a billion dollars in revenue and over 20,000 employees globally, India’s contribution in negligible, with just 2,500 Indians staying at Club Med resorts in 2015. The target for this year is 5,000. 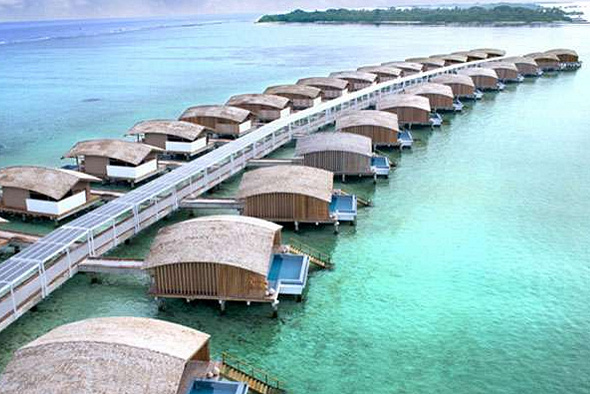 Is Club Med looking afresh at India?
Now Chinese owned, the Shanghai-based Fosun International, which bought Club Med for $1.07 billion in 2015, is looking to refocus the business. Combined with the growth of the Indian outbound market, which has grown by double digits in the last four years, topping 15 million last year, the almost untapped Indian market is seen as low hanging fruit as many segments are travelling.

How are you looking to create more awareness?
There is little awareness of its resorts even among the travel agencies, which, in a trend contrary to more mature tourism markets, are still relevant in the Indian market. We need to educate to say why we say it is ‘hassle-free’ and ‘all-inclusive’. All food throughout the day, including snacks, and activities within the resorts are part of the package, as are transfers. “We are selling an experience, not a room.”

Which target segments are you looking at?
The target segment are couples, families, people looking for short getaways, among HNIs and upper middle class Indians. The group will undertake activities in the metros and Tier II cities to increase awareness, working with both B2B and B2C channels to raise awareness, besides media marketing and social media campaigns.

Will you be working with the travel trade?
Yes, 12 TAs have been appointed as preferred partners, as the group does not have the online payment facility for Indians yet. Also, while internationally most CM packages are sold including airfare, in India it is not yet the case.

Are you also looking at groups and MICE segments?
CM is also looking to attract the corporate clients for their team trips. Our properties in Turkey and Greece are also worth exploring apart from the others as each property has a certain USP attached to it.

What reasons will you give for Indians to opt for Club Med resorts?
We have the advantage of being able to offer a variety of resorts to suit different tastes. While Europe has mainly ski resorts, the tropics in each continent offer beachside or island resorts. There are different levels of resorts, including the more upscale La plantation d’Albion in Mauritius and Finolhu Villas in Maldives.