The ‘Chhattisgarh Rajyotsava 2014’ will be held from November 1 to 3 at Naya Raipur to commemorate the 15th Foundation Day of the state, ‘Parab Chhattisgarh’ will be the event’s theme to showcase the varied traditional and cultural heritage of the state. The three-day festival will include cultural representations by renowned artists from Manipur, Maharashtra, Andhra Pradesh, Haryana, West Bengal, Delhi, etc, stated a release.

The event will open with a traditional dance presentation that will see representation of local artists from over 35 tribes and music concert by nearly 200 artists featuring traditional instruments from all across the state on November 3. Also, notable personalities will be awarded with ‘Chhattisgarh State Honours-2014’.

Ajay Chandrakar, Minister of Panchayat and Rural Development, Culture, Tourism and Parliamentary Affairs, Government of Chhattisgarh said, “Rajyotsava is our premium annual event which attracts a great number of visitors from Chhattisgarh and other parts of the country.” Santosh Misra, Managing Director, Chhattisgarh Tourism Board added, “Chhattisgarh Rajyotsava 2014 acts as the perfect cultural ambassador of the state to the world.” 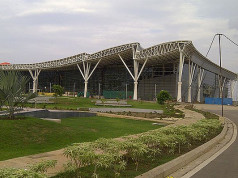 Runway at Raipur airport to be extended

Video: VoA for US tourists, lifelong visa for PIO: Modi