DELHI
Exotic meats and vegetables were the flavour of the city till just a couple of years ago. While gourmet eateries stocked foreign fare as a rule, even popular city restaurants started dishing out Norwegian salmon tikka, New Zealand lamb chops and Italian cured ham sausages, along with imported asparagus, basil, eggplant and zucchini.

The hike in petroleum prices, coupled with the plummeting value of rupee against dollar, however, has pushed up food prices, and restaurateurs are looking at local farm produce and equipment to stay afloat. Salmon and basa have been replaced by trout, while Indian goat meat has supplanted exotic lamb variety and local herbs are serving as a spicy alternative to imported ingredients.

Such innovations assume significance in light of the shooting prices of raw materials. Chef Sabyasachi Gorai of Olive says earlier the focus was on tasty preparations using Parma or Spanish ham, imported cheese and exotic organic herbs, but now chefs are rustling up imaginative recipes from locally sourced chicken, lamb or ham and cheese. “Only ingredients without a substitute are being imported,” he observes. An upshot of this is the edging out of ingredient-based cuisine in the city by multi-cuisine with a similar taste. 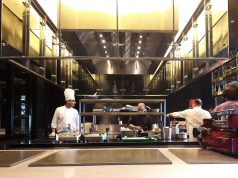 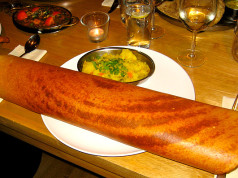 ‘Challenge is to globalise Indian cuisine’ 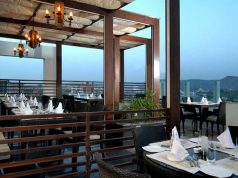 Italian delights, at a Jaipur rooftop

IRCTC to get into fine dining, 1st venue at Janpath hotel

Time for turkey and mince pie