OPINION: The taking off story is no longer new, as this government presents its third budget. Where do we stand? Tourism was supposed to be a pillar for its leader, though as the industry testifies, progress has been ambiguous at best.

On the plus side is a growing economy, a promise of greater air connectivity, visa on arrival for inbound tourism, growth in number of hotel rooms, increasing penetration of digitisation and more homestays. The negatives? Well, apart from one immediate cause – demon(itisation), which devastated many players this high season, the others are more long term – lack of adequate tourism infrastructure, poor safety record for most top tourism destinations, sub-par connectivity, lack of quality hotel rooms, poor technology penetration, poor net connectivity and an unregulated market, placing the tourist at the mercy of the operators.

Well, another factor too is constant – the potential of India as a tourist destination, and its potential multiplier effect on the economy and job creation. One of the five states going to elections – Goa, is heavily dependent on tourism revenues, and its tourism infrastructure, or lack of it, is perhaps the best example of lack of a vision for tourism.

WHAT THE SECTOR WANTS: 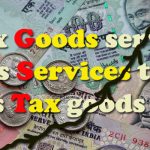 Those still with a hope in this government’s ability to transform the sector have charitably explained that this is probably a preparatory measure for the industry to embrace the GST, which is going to be at an even higher percentage, according to reports.

GST. Well, this year’s magic word has all Indians aware of its implications on tenterhooks.

And no one is sure of what to expect.

In a report in Business Line, Anil Khandelwal, Chief Financial Officer, Cox & Kings, “We expect the budget to allow for extension of Cenvat credit benefit to tour operators paying service tax on abated value, till such time the GST is implemented. Besides, the GST rate should be fixed after taking into consideration the GST/VAT being levied by neighbouring countries.”

Kapil Goswamy, CEO and Managing Director, BigBreaks.com, said: “The travel industry is still a highly taxed sector, and this makes it less competitive compared to other countries. Doubling of the service tax has made things worse. Travel portals look forward to some tax incentives such as exemption from minimum alternative tax in the upcoming Budget, since the demonetisation has led to a slow-down for start-ups in the travel trade.”

Many in the sector have already pointed out that inbound leisure traffic at the high end, where the margins are the best, have already slowed down considerably. DeMon has dealt a devastating blow (just do a search, even on this site) as most pushed all disposable spends back. And earned Indian tourism even more black marks for its reputation from foreign tourists, who were most inconvenienced by the sudden move, and for whom the government did not announce any exemptions.

Chander K. Baljee, Royal Orchid Hotels told Business Insider, “I believe the tourism and hotel industry could gain tremendous support if the budget supports a lot of things. The list would include extension of e-tourist visa from 30 days to 180 days, need for multiple entry e-tourist visa instead of the existing single entry, and promotion on medical tourism.

The tourism ministry got 70% hike in the last budget with an allocation of Rs 1,590 crore. The sector could well see another hike, given the deposits in the banks. (Not to forget the elections in five states, where budget sops could be a considerable carrot).

But enormous issues persist. The tourism sector still has multiple layers of tax include VAT, service tax, luxury tax etc, and this ranges from 20% – 30%, according to Business Insider.

WHAT THE GOVT COULD DO

Besides the demands mentioned above, lowering the threshold of infrastructure status for hotel projects to Rs. 25 crore – currently at Rs 200 crore would help.

Special incentives like tax-free bonds and income tax exemptions on profits used in re-investment in the tourism sector have been a demand for long.

Medical tourism, which is already growing very fast, could make India a hub, and could be incentivised.

Focussing on specific niche segments such as adventure tourism, and aiding not just in infrastructure (where the private sector is ready to invest) but also drawing up the required regulatory frameworks, is an urgent need.

Religious or pilgrim tourism is a niche the government has focussed the most, and this will probably see even more of a fillip. Perhaps more regulations on just how individuals can fit into a certain space would help. Some sites are tragedies waiting to happen.

Railways, despite multiple initiatives from the government over the past year, is struggling with both finances and inadequate infrastructure, while a spate of deadly accidents have seen its operational safety come under scrutiny. This is the first year there will be no separate railway budget, so there is curiosity on just how well its integration with the main budget will be. Streamlined operations and better passenger experience should top this state operarted agency.

A new aviation policy came in last year, and it is hoped that India, which is the fastest growing major economy, will keep up the pace of passenger growth and speed up the infrastructure construction, which is lagging woefully behind. The airports at Delhi, Mumbai and Bengaluru are strained to their capacity, and many other airports need upgrades, which the ministry seems to be cognizant of, and acting on it. Unfortunately, these are already yesterday’s demand as flyers are looking ahead to better, more value driven experiences. No, a planned extra cess for regional routes is not helping! If the demand as much as the government claims, surely these routes will be self sustaining?

Lower taxes, lower taxes. LOWER TAXES. Tourism is not a just luxury sector, and taxing it accordingly will help. 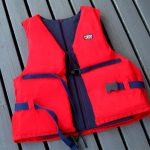 The tourism sector is already a great job creator, and can do much much better, only if the government can get its regulatory – supervisory framework right.

As usual, leading lights from the sector have voiced their arguments in multiple ways – from detailed reports to media reports, from passionate pleading to cajoling and even begging as some businesses struggle to keep afloat in the DeMon economy.

Are the writers of budget listening at all? They haven’t in all these years. There is no indication that it will be any different this year.