Reactions to the budget are coming in fast, and they are still largely positive. Here are some of them.

Peter Kerkar
Director
Cox & Kings
“The extension of Electronic Travel authorisation (Evisas) to 150 more countries is a positive step for tourism as this sector contributes seven per cent of India’s GDP and helped create more than 40 million jobs last year.”

“The Government’s pro-tourism strategic vision sees continuum and we applaud the vision and long term initiatives of Budget 2015 – 2016 including expanding the VoA scheme to 150 countries in a phased approach as also the welcome move of eliminating some of the concerns and apprehensions that tourists as well as operators had as to how this system operates; Focus on developing World Heritage Sites is of huge value given that many are in a bad shape and have received scant attention in the past. In addition to this, the investment of Rs. 2 lakh crore towards sanitation is critical for Incredible India’s image, overall. The rail and road infra thrust too will aid domestic and inbound tourism.”

“The announcement of visa on arrival to 150 countries from the current 43 countries is a positive and progressive step. This will definitely boost tourism for the country and will give competitive advantage to India against other destinations in South Asia and Middle East.”

This is a very positive budget for the corporate sector and is extremely forward looking with a strong emphasis on infrastructure development, agriculture and manufacturing. The travel & tourism sector will take strong positives from the focus on development of key heritage sites and building of roads across the country as well as the move to extension of the visa on arrival scheme to over 150 countries, all of which should drive growth in the sector. On the other hand, the increase in service tax will result in small increases in the prices of flights, hotels and holiday packages. However, all-in-all, we think that budget 2015 will be positive for the tourism sector and India as a whole.

“We are happy with the thrust on domestic and inbound tourism by developing key tourist destinations and sites and making them more tourist-friendly, such as World Heritage Sites of old Goa, Hampi, Elephanta caves, Leh Palace and Varanasi temple town. It will help draw a lot of heritage and religious tourists. The government has highlighted the desire to incentivize cashless transactions which is a positive development for online sites such as Ezeego1.com. With individual tax payers getting tax benefit up to income of Rs 4.44 lakh, disposable income will increase, which is likely to indirectly induce leisure tourism. The Budget also pays heed to positioning India as a safe country for single female travellers by increasing contribution to the Nirbhaya Fund.”

“The budget provides an impetus to economy achieving a high growth rate in 2015-16 of anywhere between 8.1 and 8.5 percent, and thereby laying down a foundation for a double-digit growth rate in future years. This is a great step towards a robust and sustainable growth for the Tourism Industry as well and will unlock the latent potential of India’s tourism industry.

The Union Budget has recognized and shown commitment to tourism as an important revenue and employment generator for the Government.

Focus on development of World Heritage Sites – churches and convents of old Goa, Hampi, Elephanta caves, Leh palace, Varanasi temple town, Jallianwala Bagh etc to be developed to make them more tourist-friendly, the Visa on arrival scheme to be increased to 150 from 43 countries, more growth in term of investment in infrastructure will transform the travel and tourism sector considerably .

Proposals such as exemption to individual taxpayers, proposal to cut to 25 percent corporate tax and a series of measures to boost consumption will allow the travelers to consider holiday and travel options more favorably. This will surely help in tapping the huge potential in India of the domestic and outbound markets and will help promote a significant increase in international and domestic travel.

The Budget speaks of quick change, faster growth and high levels of transparency and this will augment economic growth for the industry. A number of steps for tax rationalization will also help augment tax revenues for the Government.”

“Indian travellers have been spoilt over the last 18months to buy air tickets 2-5months in advance or during airfare sales. While this incremental raise of 1.64% will increase the airfares a bit, they will be more than offset by the regular airfare sales that airlines keep announcing, without having much impact on the air travel bookings.”

“This budget has effectively addressed the key issues that impact the travel sector like infrastructure development, developing heritage sites, enhancing visa on arrival to 150 countries and retaining focus on softer aspects like women’s security and clean India. Transformative changes in the railways network and development of certain routes and destinations will also promote travel and tourism amongst the large cross section of consumers.

The government push to create a cashless economy, by aiding digital coverage and debit, credit card penetration in the country will positively impact the OTA segment. This will catalyse greater growth opportunities for players in this segment as more opportunities emerge from a wider ambit of consumers.”

“The proposed increase in the number of countries under the Visa on Arrival scheme, we expect, should catapult the inbound foreign visits to exceed 8 million in the current calendar year.”

“The announcement for phase-wise extension of visa on arrival facility to 150 countries from the current 43 countries, is a welcome measure that will augment additional tourist inflow and foreign tourist arrival to India. The identification of nine Cultural World Heritage Sites in the country for time-bound improvement and development highlights the government’s focus on building India as a heritage tourism destination. Further, ease of doing business initiatives like a single clearance window will foster an environment of business growth and encourage inflow of investments. We appreciate the vision behind the budgetary reforms but the industry needs more robust confidence-building measures.”

“It is encouraging to see our honorable Finance Minister making a special mention about encouragement to new start ups and entrepreneurship in the country. Announcement to establish New Mudra Bank to help small businesses is a welcome initiative. Government announcing establishment of incubation and facilitation programme for start-ups in technology with Rs 1,000 crore allotments is a dynamic move. Proposal to increase visa-on-arrival to 150 countries is a grand move to increase tourism and a welcome step.”

“Wow ! Thumbs up to budget 2015!  With a new visa on arrival policy we have made the world a global playground and this will be a great impetus to travel and tourism industry. With this move, we are confident that the tourism industry will make a quantum leap in growth. This will have a direct impact on aviation, infrastructure like airports, hotels, resorts and will also attract global skill sets which will make India a strong global visible player.” 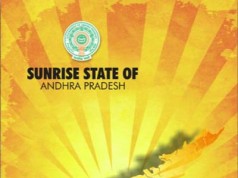