KENDRAPADA
Phailin and the accompanying flood have taken a toll on tourism in Kendrapada and Jajpur districts.

“The calamity has affected tourism at the famous Buddhist sites of Lalitagiri, Ratnagiri, Langudi, Udayagiri and Kaima in Jajpur district and Bhitarkanika National Park in Kendrapada district,” tour operator of Eastern Treasure India Tour Sanghamitra Jena said. “Large number of tourists, particularly foreigners, have cancelled their bookings to these places,” she said.

Bhitarkanika gets nearly 30,000 tourists during October. But this year only 2,000 have come,” said Jena, who runs a nature camp at Bhitarkanika. “People have seen terrible pictures of cyclone and flood in Kendrapada district and have assumed that the entire district is underwater,” she said.

“Tourists who have booked inspection bunglow in Bhitarkanika months in advance have cancelled those,” DFO of Bhitarkanika National Park Kedar Kumar Swain said.

The floodwaters have also stopped many tourists from visiting the Buddhist site at Ratnagiri in Jajpur’s worst affected Bari block. The main road near Ratnagiri is flooded with 4 ft water, sources said. 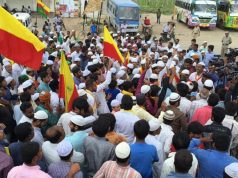 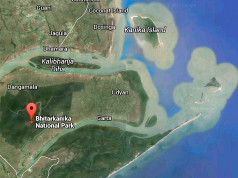 14 Odisha islands to get facelift

Tourism conclave in Odisha on December 2

Air Vistara to start ops at Bhubaneswar from Oct 1

Hope amidst despair in Kumaon