KOLKATA
The Mamata Banerjee government has bought a one-acre plot in Puri to set up a hotel, the first such facility to be built by the Bengal administration.

According to the preliminary plan, there will be around 50 rooms in the budget hotel. “Ideally, the rent of a double-bed room in such a hotel should be less than Rs 600 a day. We will try to keep the room tariffs within the reach of common tourists,” an official said.

“The land deal was finalised a few days ago and we took possession of the plot yesterday. Boarders will be able to see the beach from the hotel. The plot is off the Konark-Puri highway, about 6km from Swargadwar,” the official added.

According to tourism department officials, the name of the hotel is yet to be decided. Chief minister Mamata Banerjee is expected to name it. 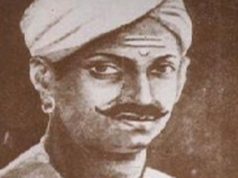 Kashmir looks to Bengal for tourism boost amidst poor season