“The recent change to the U.S. entry requirements for nationals of 7 countries applies to all travellers and flight operations crew,” the spokeswoman said in emailed comments, reports Reuters.

“We have made the necessary adjustments to our crewing, to comply with the latest requirements.”

A separate spokeswoman later told Reuters by phone the impact of the roster changes on the airline would be minimal due to its diverse workforce.

Emirates, the world’s largest long-haul airline, employs over 23,000 flight attendants and around 4,000 pilots from around the world including from the U.S., Europe and Middle East, the spokeswoman said.

The airline is owned by the government of Dubai, part of Muslim-majority and U.S. ally the United Arab Emirates. It flies daily from Dubai to 11 U.S. cities including New York, Washington D.C. and Los Angeles, and will add a 12th U.S. destination in March.

Etihad Airways, based in the UAE’s Abu Dhabi, did not immediately comment on the impact of the ban on its flight crew.

A Qatar Airways spokeswoman directed Reuters to a statement on its website that said passengers would need a green card or diplomatic visa to enter the U.S.

Emirates and Etihad have a similar statement on their websites. 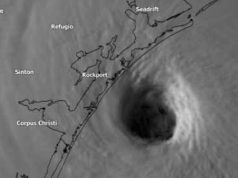 H1B reform Bill introduced in US House of Representatives