It’s Andy Warhol time in India. Well, in spirit at least as the Absolut, the iconic vodka brand hosts its first Absolut India Limited Edition, to be launched in 2015 across India and some Asian countries.

Absolut’s association with the arts is an old one, which began when Absolut Vodka invited American iconoclastic artist Andy Warhol to use the Absolut vodka bottle as a canvas for his pioneering art in 1986. History was made: never before had a consumer product been given this truly artistic design; it not only strengthened the Absolut brand positioning, it made Absolut the brand into an icon which was enviable and unachievable for the competition.

Absolut has successfully taken the concept to its other major markets, and in yet another acknowledgement of India’s growing importance, the brand comes to India now. “The introduction of the first-ever Absolut India Limited Edition, emphasizes on the importance and emergence of India and will bring the consumers closer to creative DNA of Absolut,” says Kartik Mohindra – Business Head, International Brands, Pernod Ricard India.

Most of the erstwhile Absolut limited edition bottles have been inspired from cities. The initial ones have been in the US – San Francisco, Los Angeles, Miami, New Orleans, Brooklyn Vancouver, Boston. International cities that made the cut included London, Istanbul, Rio and Moscow. Country themed bottles, such as the one that India will get, have been rarer. Mexico and Australia have had one each. 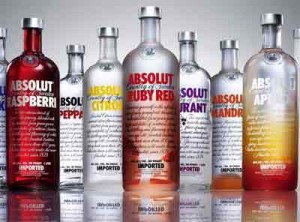 While the Absolut Limited Editions have predominantly been designed by renowned artists, the India edition saw the brand reach out to various artists and creative minds. “When we decided crowd-source the design for Absolut India Limited Edition, we knew we were tapping into a huge resource of talent and creativity,” says Mohindra. “The crowd sourcing platform provides equal opportunity to all artists. Over 1,500 artists and designers from across the country that participated in this initiative and submitted about 2,700 designs. The artists were given almost two months to come up with their designs and they did a marvellous job.”

The ‘best design’ will be the showcased on the Absolut India Limited Edition. The other top designs, about 100 of them, will be displayed at multiple art platforms across the country, including the India Art Fair in Delhi in January.

ABSOLUT ART
In 1986, Absolut Vodka invited Andy Warhol to use the Absolut vodka bottle as a canvas for his pioneering art. Few would have realized what anabsolutely pioneering trend Absolut and Warhol were about to begin: Warhol’s creations on the Absolut vodka bottle were used as advertising campaigns which the world remembers till date. History was made: never before had a consumer product been given this truly artistic design; it not only strengthened the Absolut brand positioning, it made Absolut the brand into an icon which was enviable and unachievable for the competition.

What started in the 1980s with Warhol continued as Absolut commissioned some of the world’s best and innovative artists to create their best using the vodka bottle. 850 artworks were commissioned from artists like Francesco Clemente, Louise Bourgeois, Rosemarie Trockel, Angus Fairhurst, and Jan Saudek. Each one gave Absolut a complete new meaning to the phrase ‘art and creativity’. They brought alive the Absolut brand proposition that ‘the future is not a given, it is what you create’. And these creative artists gave Absolut Vodka memorability and recall which has stood the test of time.

Absolut’s association with India is not new. It began with notable collaborations with Subodh Gupta, Bharti Kher, Vikram Seth and Anish Kapoor, each of whom shared the stage with Absolut.

When the decision on the bottles would have been taken, after persuasion from the India office, reportedly, the brand made sure that Indian artists and designers knew about the contest. “This is the chance to be part of history and be part of the rich creative heritage of Absolut. You could design the first Limited edition of Absolut for India.” Entries for the event closed in August.

The bottles are usually made in limited edition – with the number usually around 150,000 bottles. These are unsurprisingly collectors items and even a dedicated fan following. Yes, if you are interested, they are regularly traded on auction sites! Absolut has released a new limited edition Warhol bottle in 2014 –  four million according to reports.

“The Indian consumer is evolving very fast; especially in the premium categories, the consumer today is global,” says Mohindra. “They have similar tastes and preferences as any premium consumer globally. They are today appreciating and discovering art and all creative expressions. One can witness that in richness in the visual arts, music, films, the performing arts, cuisine…wherever you go, there is new talent showcasing itself in very modern idioms, and very ethnic ones too.”

With a market share of over 75 per cent, Absolut is the market leader in the premium imported vodka category in India, which is still a small part of the overall spirits category. Absolut sells over 11 million cases (about 132 million bottles) and is present in over 125 countries with the count growing every year.

Many of the entries from India are stunning, weaving the Indian identity to the bottle. Just who the chosen Indian artist will be or how much an India Limited Edition helps build the brand in this challenging and fast growing market remain to be seen.

KTDC closes down 29 of 40 beer parlours 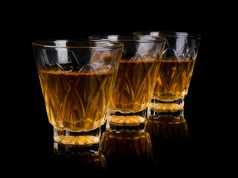 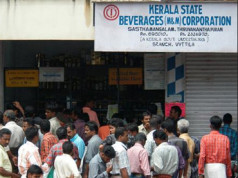 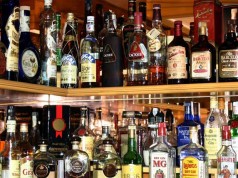