WASHINGTON: The Trump administration has enforced a new extreme visa screening process for foreign nationals including those from India under which applicants might be asked to share information regarding their social media accounts, emails and telephone numbers.

The State Department, which issues visas to foreign nationals through its diplomatic missions across the world, said that it started implementing this new change from May 25, reports PTI.

But these additional questions would be asked only in extreme circumstances, the State Department said.

“The additional questions apply to nationals of every country worldwide, including Indian nationals, but only when a consular officer determines that such information is required to confirm identity or conduct more rigorous national security vetting,” Will Cocks, a State Department spokesman, told PTI.

Asserting that national security is a top administration priority when adjudicating visa applications, Cocks said every prospective traveller to the US undergoes extensive security screening.

“We are constantly working to find mechanisms to improve our screening processes and to support legitimate travel and immigration to the United States while protecting US citizens,” he said.

The State Department took these measures after President Donald Trump signed an executive order in this regard.

“In accordance with the presidents March 6, 2017 memorandum on enhancing the screening and vetting of applications for visas, the Department of State has begun collecting additional information from visa applicants worldwide when a consular officer determines that such information is required to confirm identity or conduct more rigorous national security vetting,” he said.

“We already request contact information, travel history, family member information and previous addresses from all visa applicants,” he said, adding that collecting additional information from visa applicants whose circumstances suggest a need for further scrutiny strengthens the process for vetting these applicants and confirming their identity.

“We estimate these changes affect only a fraction of one per cent of the more than 13 million annual visa applicants worldwide,” Cocks said, adding that the Department began implementing this change on May 25.
. 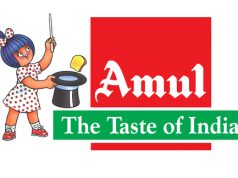 What Amul tweeted to Indian Railways!

God’s Own Country emojis to liven up your expressions