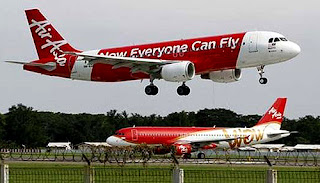 Malaysian low-cost carrier AirAsia on Saturday< June 29 said its Indian operations should begin later this year with flights for southern region and the company would also look at setting up some ancillary businesses in the country.

The airline would expand its services to other parts of the country in the second stage, he said.

AirAsia would also look at setting up ancillary services like air travel insurance and duty free shops in the country, said Mr. Fernandes who came to Chennai on Saturday morning.