“We are delighted with the launch of Bali-Kolkata route as it will strengthen connectivity between India and Indonesia. The demand for services between the two countries is very high,” said Dendy Kurniawan, AirAsia Indonesia’s chief executive, reports Jakarta Globe.

“We are committed to accommodating more tourists from India to Indonesia,” he said in a statement on Thursday (17/08).

The route aims to ease access for Indian tourists visiting Bali and offer alternative options for Indonesian wanting to visit Kolkata, a city full of historical and rich cultural sites.

“We understand that tourists from India are forced to spend their time transferring flights in other cities before arriving in Bali. We hope, with this new route, tourists can enjoy a shorter trip between Kolkata and Bali,” Dendy said.

The flights from Bali to Kolkata will take around seven and a half hours, including a short transit in Kuala Lumpur, Malaysia, and will operate four times weekly. Flights will depart from Bali’s Ngurah Rai International Airport at 8.20 p.m. and arrive in Kolkata at 1.25 a.m.

The number of foreign tourist arrivals from India to Bali grew 40 percent in the first half this year to 129,727 from 92,731 tourists in the same period a year earlier, according to data from the Central Statistic Agency 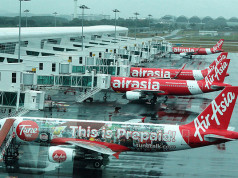 AirAsia to add aircraft in India in 2015