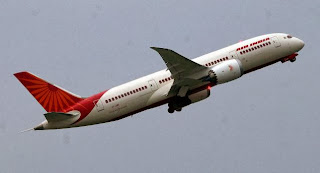 Undeterred by the faults in the Dreamliners, Air India is using these sophisticated airplanes for more hours than the global average and banking on its cost-reduction capabilities, as constant software and hardware upgrades are being carried out on the planes by Boeing.

While all nine planes were being flown daily, the tenth aircraft that arrived two days ago would be put into flight operations by November 15, a top Air India official said.

There are a total of 27 of these aircraft on order.

With the plane experiencing problems one after another, Civil Aviation Minister Ajit Singh said there were no safety issues involving the plane and the faults would be worked out.

“There are no safety issues involving the Dreamliner. There were some glitches, which are being worked out,” Mr Singh told PTI.