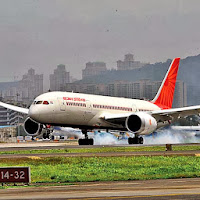 National carrier Air India plans to ground all its Dreamliner 787 planes in a phased manner, starting end of this month, to replace parts and upgrade software, in a bid to resolve issues the plane has been recently facing. “Boeing has put out certain service bulletins which the airline will implement. This is not mandatory. The airline is doing it on its own to increase reliability of the aircraft,” said a source close to the development.

He didn’t elaborate which parts in the plane would be replaced.

By the end of this month, the first of Air India’s Dreamliners will be grounded and worked upon. Only when that is ready to fly, shall the next plane be put into works, the person said.

Airlines get week to respond on intl operation norms

Could be wise to write off some Air India debt: Panagariya