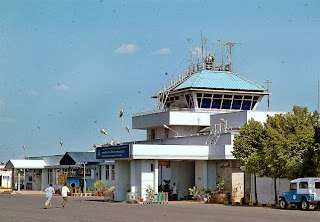 The Airports Authority of India (AAI) has approved the civil engineering drawings for converting the old terminal building at the Madurai airport into an International Cargo Complex. The drawings have been forwarded to the Airport Director here for execution, according to T.S. Chandramouli, Regional Executive Director of AAI at Chennai.

Mr. Chandramouli told The Hindu over phone that instructions had been issued to the Airport Director to execute the work on a “war footing basis” as it was nearly seven months since the Union Finance Ministry issued a notification on May 28 permitting international cargo movement from here.

Confirming that he had received the drawings, Airport Director K. Sangiah Pandian said that works were underway to prepare the estimates, get them approved by the AAI, call for tenders and then award the civil contract to a reputed contractor. “We are working with a target of three months and hope to complete the works on time,” he said.