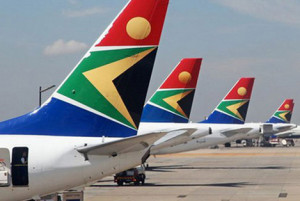 Air connectivity between South Africa and India has been a long standing sore point. Even as the two nations try to increase the connectivity, airlines are trying to meet this gap. Direct routes haven’t always panned out, despite mutual agreements.

Now South African Airways (SAA) and Jet Airways (9W) have entered into a new code share agreement that will support the airlines’ trunk routes between Johannesburg (JNB)-Abu Dhabi (AUH) and the connections from AUH to the five major points in India.

In turn, 9W code shares on SAA’s flights between Abu Dhabi and Johannesburg and beyond to Cape Town (CPT) and Durban (DUR).

“We make continuous efforts to make it easier for Indian travellers to visit South Africa. Our codeshare with Jet Airways further strengthens our connectivity with India. This will give our patrons from the country additional flight options to choose from when planning their trips,” said Sajid Khan, Country Manager, India, South African Airways.

In 2013, 1.27 lakh Indian tourists visited South Africa, a peak. In 2014, there was a decline in traffic due to various factors and South Africa Tourism is on an overdrive to get numbers back to the 2013 level.

Jet Airways has a monsoon offer!

Is India aviation sector too turbulent for expats?