It is to be the first heritage boutique hotel in Lucknow

LUCKNOW:   The next time you visit the city of Nawabs, while taking in the sights and scenes of the era gone by, you can also savour the experience of living the royal life.

Set to be the first heritage boutique hotel in Lucknow under the Uttar Pradesh (UP) government’s heritage hotel policy for boosting tourism, a bungalow from 1936 situated in the plush Mall Avenue has been restored for a heritage experience, starting April 24.

And not just Lucknow, around six other heritage hotels spread across the state are on the way to conservation and restoration, providing for a heritage tourism experience. 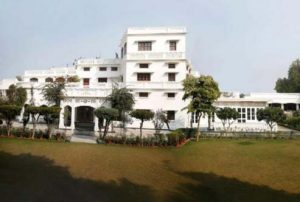 Named “Lebua Lucknow Saraca Estate” after the 100-year- old Ashok trees in the 70,000 square feet of property, the bungalow has been conserved by owners Mohammad Abdullah and his interior decorator wife Nayab Bakhshi.

“As many as 15 nominations from the royals across the state, and also those owning heritage houses, came to us. But only seven in UP have been finalised till now. Many of the properties are facing issues with papers of ownership,” said UP tourism deputy director Avinash Chandra Mishra.

As per the heritage hotel policy that came in 2014 – to be functional for five years – the heritage value old buildings, forts, havelis, kothis or castles constructed prior to 1950 could be nominated to be run as heritage hotels. While the architectural features of any building are to be retained, additions, if any, should be in harmony with the original structure.

The property should necessarily be free of any litigation hassles and it will only be after a year of successful running of the hotel that the state government will provide a grant under the policy with the hotel running compulsorily for five years.

Making provisions for owners of such properties to give the tourists comingto UP as royal an experience as it could get, the policy also provides for a 100% luxury and entertainment tax exemption. 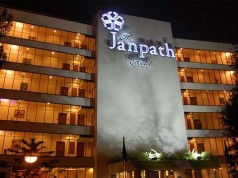 UP CM to inspect Tajganj project on Nov 7

Visitors regaled with events on UP tourism day