THIRUVANANTHAPURAM: The 10th edition of the three-day Kerala Travel Mart (KTM) to commence on September 27, 2018 in Kochi will focus on promoting tourism in Malabar.

Announcing this at a press conference here on Tuesday, Minister for Tourism Kadakampally Surendran said the three-day conclave, organised by the KTM Society in partnership with Kerala Tourism, will coincide with the observance of World Tourism Day, reports The Hindu.

Mr. Surendran said there was immense potential for tourism growth in Malabar with the inauguration of the Kannur international airport next year.

He said the government was planning to implement many projects in the Malabar region, including the Malanad cruise.

The KTM had contributed significantly to the development of tourism industry in the State, he said.

“There is more to the KTM than trade exchanges. Being a wonder in the tourism sector, Kerala Tourism’s dynamism, energy, cooperative and brotherhood spirit come under one umbrella,” Principal Secretary, Tourism, V. Venu said. 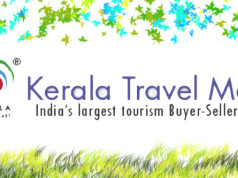 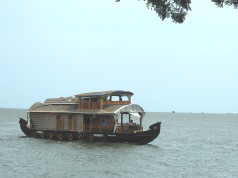 Kerala Travel Mart will kick off in Kochi

Kerala aims for 15% of inbound traffic